The city of Genoa, after the collapse of the Morandi Bridge in August 2018, has often shown that rebirth takes many forms. Enel Energia has had the honour of contributing to one of the projects that supports the bridge reconstruction.

On September 21, the city was presented with the On the Wall project, which entailed the transformation of Volpolcevera streets into an open-air museum devoted to street art. Augusto Raggi, Head of Enel Energia for the North West, was also present at the official inauguration of the murals on the building in via Certosa 11. Mr Raggi, upon meeting the citizens together with the Mayor Marco Bucci commented: "The work of art created perfectly expresses the values of Enel Energia and their connection to environmental sustainability. As a company, we consistently seek to offer our customers innovative solutions, from green offers with energy coming only from renewable sources to proposals for energy efficiency, up to electric mobility."

The theme of these murals is joy, tiresome albeit necessary in a place that tries to heal itself and look towards the future. The Municipality of Genoa and the Linkinart association have summoned international, Italian and Genoese artists, who have worked all summer to change the face and visual appearance of the neighbourhood. The writer Gola Hundun, an Italian artist with numerous international experiences, created the murals in via Certosa 11 but the list of artists involved for On the Wall is varied and diverse and includes established and emerging names, young and old, men and women. There is the Dutch artist Zedz, one of the masters of this artistic scene; there is Antonio Correia, the Portuguese who signs as Pantonio, famous for the swarms of moving creatures; and there is also Ozmo, one of the pioneers of the street Italian art. With them, the young talents Agostino Iacurci, Geometric Bang, Rosk & Loste and also Greg Jager, Caktus & Maria and Antonello Macs. The voice of the local artists and that of the young people of the city could not be missing, as they stood up to the challenge and decorated the neighbourhood shutters.

Of all expression forms, street art is the one that conveys the soul of the streets, neighbourhoods, squares, and their dwellers with more force. Thus, On The Wall managed to represent Genoa's rebirth process from all angles, becoming a gift to the city, generated by the power of the city itself. On the streets of Valpolcevera and Certosa there will remain the trace of this collective journey, alive on the walls, free, popular and accessible to all, and this will no longer be only the area of the collapsed bridge but an artistic gallery available to everyone, citizens and visitors. For this reason, Augusto Raggi commented: “We are happy to have contributed to creating an open-air museum. We will continue to stand by the Municipality in other ongoing projects through the end of the year." 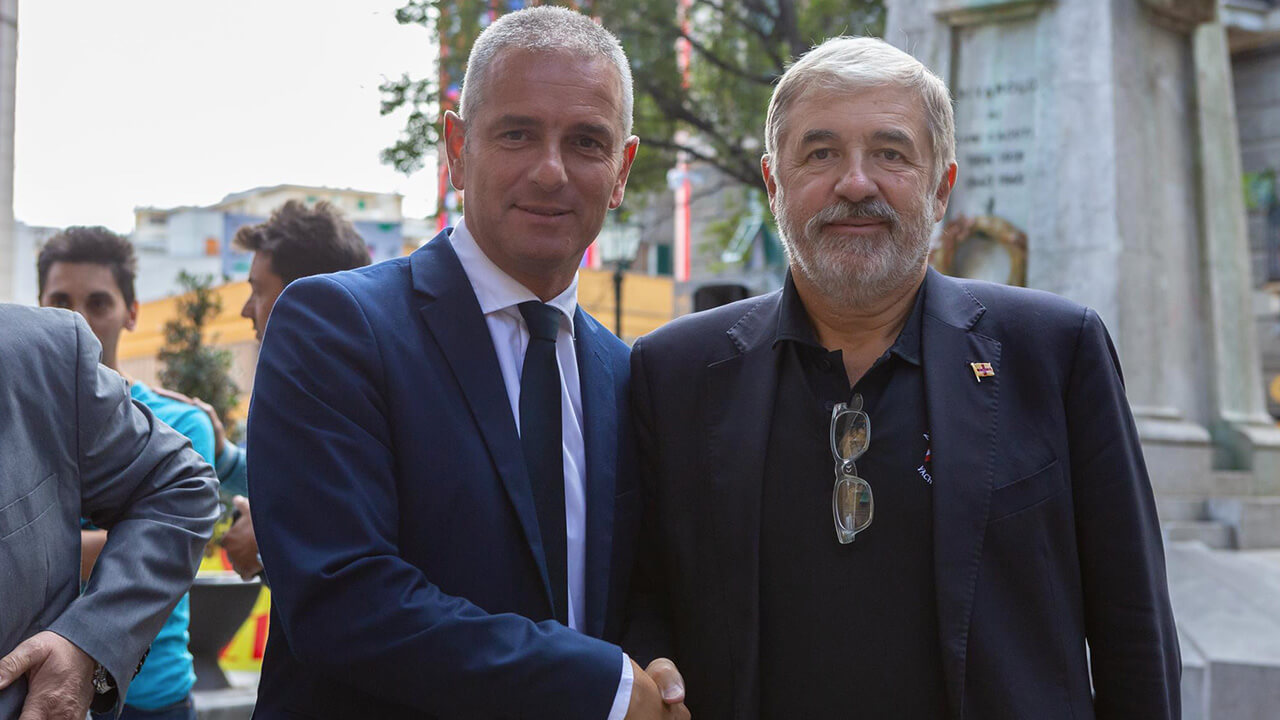 On The Wall is the result of the commitment of Enel Energia to guarantee a constant presence on the territory, listening to people's needs and helping them to carry out projects of common interest. The rebirth of Genoa was one of the most important challenges facing our country, and the arrival of street art in Valpolcevera is a small, colourful injection of optimism to which we are proud to have contributed.