Find out more about the liberalisation of the electricity market

WHAT IS
HOW IT WORKS

What is the Electricity Supply Free Market?

The electricity market has been fully liberalised since 1 July 2007. Before 1 July 2007, domestic customers had to contact their local distribution company for a supply contract, commercial services or any other matter concerning electricity.

Liberalisation was introduced to Italy with the Bersani Decree (Legislative Decree no. 79 of 16 March 1999).

The decree implemented the indications of the earlier EU Directive no. 92 of 1996 on the creation of the Single Energy Market, initiating the process of liberalisation of the production, import, export, purchase and sale of electricity.

What are the energy cost components?

The cost of supplying energy is made up of four components:

The social bonus for electricity is a billing reduction to assist families in financial difficulties. It was introduced in December 2009 and provides savings on annual amounts spent on electricity.

The energy mix is ​​the range of primary sources used to produce electricity.
A primary source is one found in nature and therefore not derived from the processing of any other form of energy.
In accordance with the decree of the Ministry of Economic Development of 31 July 2009, Enel Energia provides information regarding the composition:

Since the energy market was liberalised, all end customers have been able to choose their own supplier.
Local distribution companies now simply manage the energy distribution service in a licensing arrangement based on rules and tariffs set by the Authority for Electricity, Gas and the Water System (ARERA).
The liberalisation of the electricity market has enabled suppliers to offer a new range of products and services for greater customer satisfaction.
Choose the deals designed for you by Enel Energia. 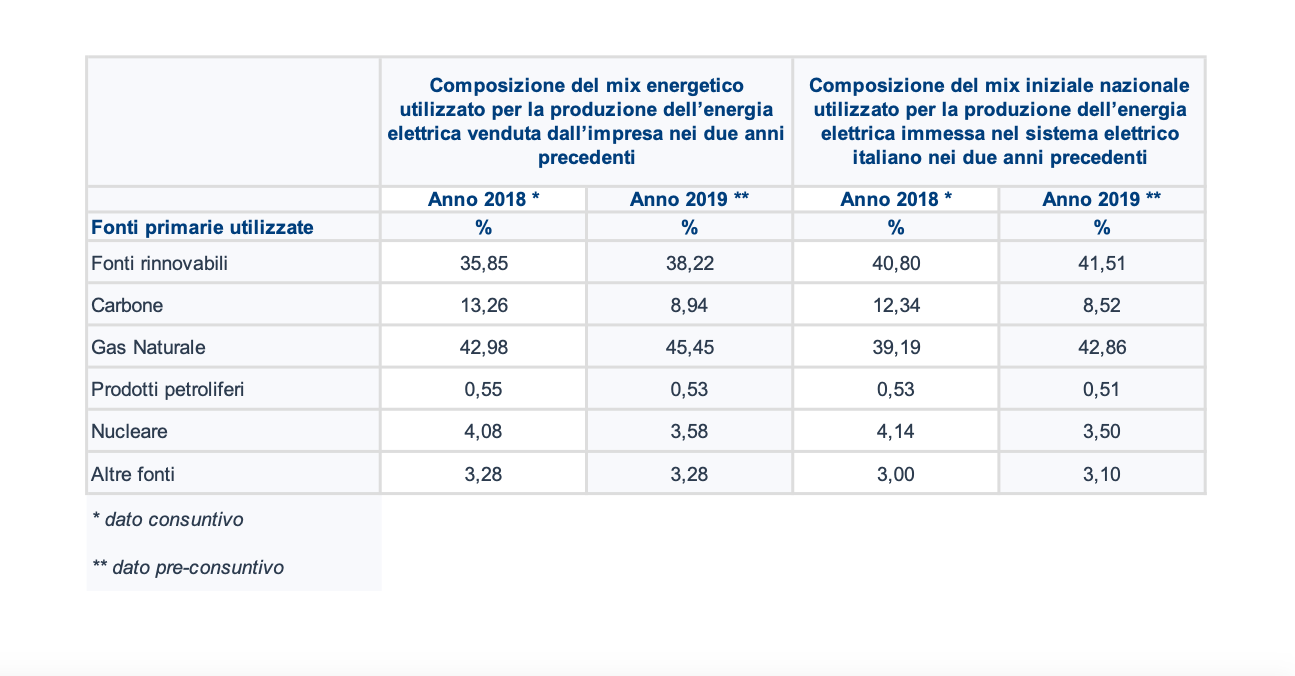